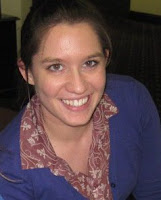 EDITOR'S NOTE: When you run a small business, there is never down time. While Christmas and Easter keep us running simply to fill orders, the spring months are devoted to catching up with paperwork and marketing. Each spring, we at Anderson's Candy Shop take a step back and look at trends in what we are selling, and NOT selling, and try to correct. This year we noticed three major "duds" in sales. The following walks you through what we discovered and the changes we have made in response.

Would you look something up on “Backrub”?

Would you watch a movie starring Norma Jeane Mortenson? Or a cartoon show about Mortimer Mouse?

How about using Google to search for a movie staring Marilyn Monroe or Mickey Mouse while drinking an ice cold Pepsi?

Surely each of these name changes had an impact on the popularity of each person or product.

At Anderson's we recognize that names carry a lot of weight and we like to think we understand a thing or two about naming our own products.

But sometimes, we know we've gotten it wrong.

Two years ago a customer pointed out an error in our ways when he insisted that werename the Filbert candy bar Hazelnut.

A few letters different and today the once slow-selling chocolate covered Filbert is enjoying a lot more love and understanding as the trendy Hazelnut.

We feel it is that time again.

Our storefront associates have pointed out to us that a few of our handmade chocolates need a new lease on life – and an updated name!

Don't be alarmed, we haven't changed a single recipe or ingredient. But, we did listen to our storefront associates suggestions, and the next time you're in our shop or browsing online, you will notice some new products (or at least new names)!

The first starlet to enjoy a name change this spring was our Meltaway Cream bar.

Sweet, rich and smooth this candy bar was constantly misunderstood.

Folks who loved peppermint would reach for Meltaway and then recoil when they realized what they were reaching for was not mint, but a brown sugar buttercream.

And who could blame them?

Meltaway Fudge is minty, and so are Frosted Meltaways … what were we thinking!?

With the help of a call-out to our Facebook friends and a brainstorming session in house, we settled on a more descriptive name. 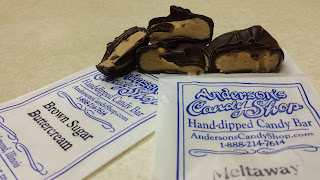 So, on a rainy Friday in May, Meltaway Cream became Brown Sugar Buttercream.

It has been almost a month now and we don’t think Brown Sugar Buttercream will ever look back!

Instead of being passed over by those seeking mint, scores of chocolate lovers are now enjoying the velvety, brown sugar cream center.

It is funny to be on the serving side of the counter when one of our regulars exclaims, "Oh, Brown Sugar Buttercream! That sounds good. I don't remember seeing that before. I'll try one of those."

Little do they know it's been there all along.

In some ways, changing the name of a product is as easy as ordering new packaging.

But the transition also presents challenges.

We fret - will current fans of the given product be able to locate it under its new name?

Will fans fear that we have changed more than the name and - gulp - the ingredients, too?

Although these assortments include some of our most popular pieces of candy - Buttercreams, Caramels, Peanut Butter Crunch pieces for example - they are duds at the sales counter.

And again, who could blame the customer? What is a “Hard” center?

And for that matter, a “Soft” center could be… well, anything.

So, after more brainstorming, we arrived at the following longer, but hugely more descriptive, new names.

And, last but certainly not least, we introduce to you: Everything But Nuts.  (Formerly Hard & Soft Centers)

If you are a customer who loves everything we make, BUT can not have nuts then Everything But Nuts is for you!

We know it's not Pepsi or Google, but we're hoping these names changes really do give our beloved bar and boxes new leases on life.

Posted by Anderson's Candy Shop at 1:20 PM No comments:

EDITOR'S NOTE: A few weeks ago, the Anderson's Candy Shop family lost someone very special. Doris M. Speaker, 84, of Richmond, who worked with us for more than 40 years, passed away on January 6. While we were not ready to lose such a light and an example in our lives, we are comforted by memories of her and we benefit from her legacy. Below you will find a tribute to Doris written by my father, Leif (pictured). It expresses not only what a wonderful woman Doris was, but how much of an impact one person can have on another, on a family, and on a business.

Doris has been a part of my life ever since I can remember.

She started working at the candy shop the year I was born in 1950.

She was a member of the same church I went to, was a friend of my parents, and worked for first my father, and then for me for decades.

Only taking a short leave when her first child was born, Doris worked with us almost continually until her retirement in December of 2004.

That Doris would stay working for us for more than 40 years would not surprise anyone who knew her.

Doris was good at a LOT of things and being consistent, reliable, and willing to stay with a project until the end were hallmarks of her life both at work and at home.

If you wanted something done well and on time, you trusted Doris, whether that was in the Community Church in Richmond or at work here at Anderson’s Candy Shop.

Doris came to work like clockwork, wouldn't hesitate to work late and was not just an example for other employees; she was the standard-setter.

Doris would help out anywhere and with a great attitude. And she was a tremendous teacher.

She taught countless co-workers - adults and teens alike - with patience and personal attention.

And when it did come time for Doris to retire, she helped pick her successor and would not go until she had trained her the right way!

If you are someone who has enjoyed our standard of quality during the past 60 years, much credit is due to Doris. 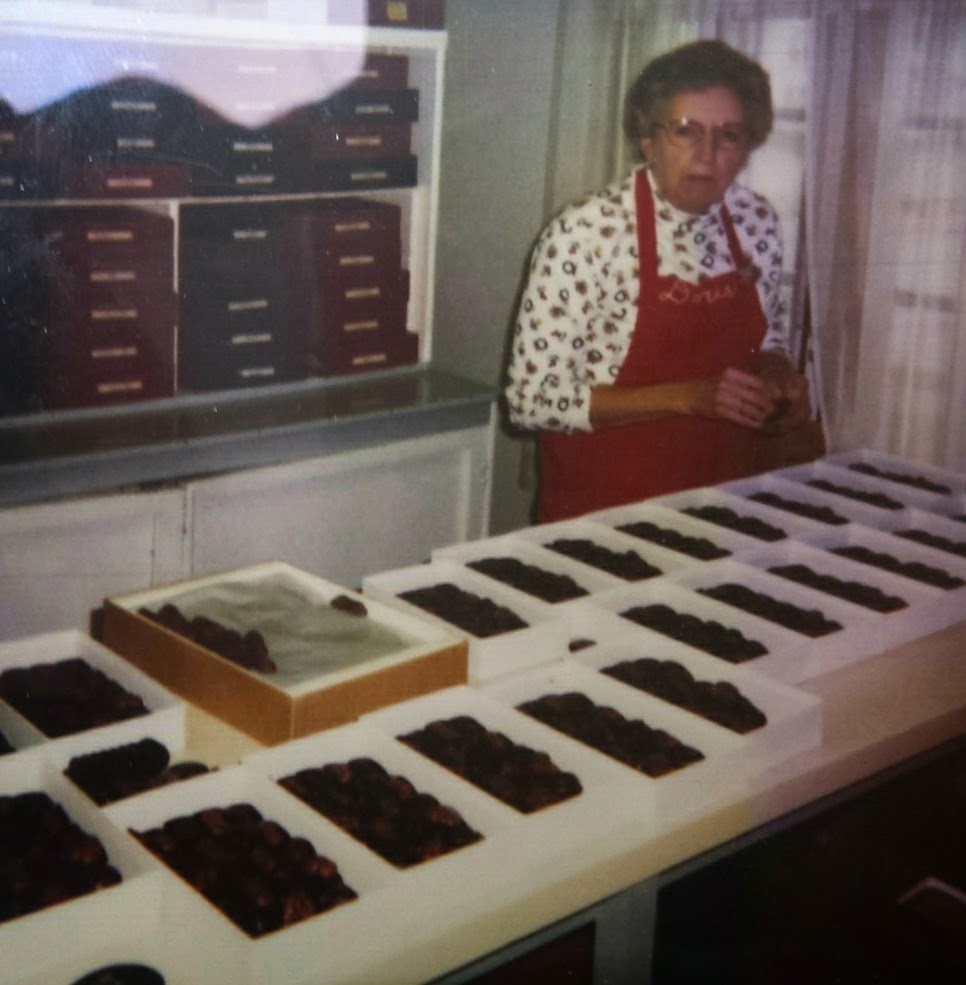 When I was in grade school, Doris was one of my many “second Mothers” at the candy shop.

Doris was all of those for me.

If she saw me making a mistake while learning some new skill, she would politely interrupt me and show me a better way.

My brother, Lars, and I would have to report in to the Candy Shop after school on our way home every day and we were not allowed to have much candy.

But I learned that I could stand with my back to the Candy Bar storage shelf and quietly sneak a Pudding bar into my jeans pocket while talking to everybody there.

Doris saw, and would always look the other way.

When I was older and struggled with bigger problems, Doris was there, too.

As a young man, I flunked out of college and had to slink my way back into town and go back to work at the candy shop.

Doris reminded me, in the way that someone who both knows from life experience and who also has my best interests at heart, that it would not do any good to sit and mope about it or hide from it.

That people will judge you on what they SEE you doing and how WELL you do it, not on what you did or did not do in school.
She was right.

Doris was a friend -- a true friend.

That seems like an odd thing to say about someone who was my father’s age. But as my brother and I grew into our family business and eventually became Doris’ bosses, she cared every bit as much about how our lives were going and how our kids were doing as she did about those of her age mates.

Knowing Doris for so long, we also got to see her as a real, steadfast friend to others under the most trying circumstances.

She became friend, adviser, and eventually, caretaker to one of her coworkers, Laura Wiedrich.

Laura could be one of the most cantankerous people you have ever met. She was old enough to be Doris’ mother. She never married and had only lived in one house for her entire 65 years.

Laura also had dozens of cats and they all lived inside with her.

Most people could not stand more than a minute in her house. But Doris treated Laura with respect and kindness.

Doris would warn Laura if her wardrobe smelled, she would do her hair for her every month, she would shop with and for her, and, as Laura’s health declined, Doris would drive Laura to appointments.

And, when Laura died suddenly, and I was named executor to her estate, Doris stepped in with immeasurably valuable help and expected nothing in return.

It was the right thing to do.

And you could always count on Doris to do the right thing.

Although it is true that Doris was quite adept at the glasses-down-her-nose glare to reinforce a point, she ultimately had a happy face.

It was a face shaped by years of smiling and good humor, by interest in everyone she met, and always by looking forward with anticipation, not backward with regret, because she KNEW that she could make a difference.

It was an honor to know and be shaped by such a wonderful person. And image is the picture of Doris I will always see, whenever I think of her.

Your thoughts and prayers of support for Doris' family are deeply appreciated. Follow this link for an obituary: http://www.lakegenevanews.net/Obituary-41295.114135-Doris-M-Speaker.html