Welcome back to a special edition of Chocolate Chat. Today's entry is from third-generation candy maker (my Dad) Leif Anderson. He shares the story of how an accident in the cooking room brought about a new type of candy. It is Dad's first stab at a blog entry and I think he did great! Let me know what you think.
Blog editor, Katie Anderson

It's funny sometimes how discoveries are made.

While researching the flu in 1928 Alexander Fleming noticed that a blue-green mold had infected one of his petri dishes - and killed the bacteria growing in it. Viola! Penicillin was discovered.

Just a few months ago, I myself made an exciting accidental discovery – albeit it probably will not be as world-changing as Mr. Fleming's.

My assistant cook became distracted listening to the radio and forgot to add the raspberry flavor to the jel.

I decided to add the flavoring to the marshmallow itself instead and see if that boosted the flavor enough to save the batch.

It did! It also reminded me that I had been wanting to find time to experiement with a way to make our own marshmallows for use in our boxes of individual chocolate dipped candies.

When the Raspberry Mallow batch was done, we had a little extra of the flavored marshmallow left and so we poured that into a separate pan and prepared it to be cut up into small cubes and dipped in chocolate. We then let it loose in our store this June for a test with all of you! 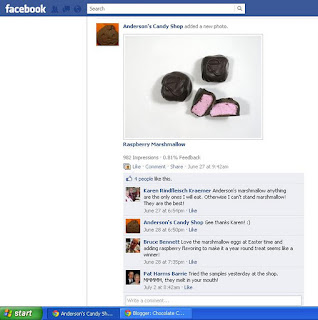 The new raspberry-flavored marshmallow pieces were available for sampling in our store for about a month and many of you requested that we send you a taste of the new treat along with your mail orders this summer.

You made the creation a hit and Raspberry Marshmallow is here to stay.

I guess whomever first said, "I'd rather be lucky than good," knew what he was talking about.

But that shouldn't surprise me too much, the Raspberry Marshmallow incident isn't the first time Lady Luck visited our cooking room. But I'll save that story for another day.


The Anderson family can be reached at AndersonsCandyShop@gmail.com.
Posted by Anderson's Candy Shop at 11:27 AM 1 comment:

Welcome back to Choclate Chat. Today's entry is from fourth-generation candy maker Susanne Anderson. She shares the story of how a mischievous little girl learned how to take care of chocolates.
Like a great piece of candy her story delivers immediate gratificatin and keeps you coming back for more! I hope you enjoy it as much as I did.
Blog editor, Katie Anderson 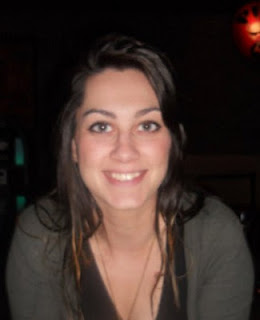 When I was little – think grade school – my absolute favorite piece of chocolate from the Candy Shop was Buttercream. A thick, moist, vanilla cream that delighted my tongue with a burst of sugar. I ate it only in milk chocolate. Dark chocolate was yucky.

I realize, now, that everyone probably knew and no one probably cared that I taste tested so many ingredients and quality checked so many pieces of chocolate, but at the time I thought I was quite sly.

The hardest things to steal were individual pieces of candy. They were, and still are, kept in blue and red boxes (for dark and milk chocolate),and are stacked four-high in shelves that start about three feet from the ground. Each box can be filled with at least two layers of chocolates and weighs about six pounds when full.

Three feet is not an astronomical height for a shelf. However, when you’re only four feet tall yourself, and you’re pulling a full box out from underneath a bunch of other full boxes, it can get tricky.

Today when I’m in this situation, my mind is fully concentrated on not dropping any of the boxes. When I was young? Well…

On one summer day when I had nothing better to do than engage in my stealth activities, I decided to go for my favorite piece: a Buttercream in milk chocolate. I initiated the usual attack, passing through the packing room, where pieces of chocolate are kept, a few times until the coast was clear and there were no employees in the room. Then I grabbed my chance.

I marched to the shelf that the red box of milk Buttercream sat on and took in the situation. It was the worst possible scenario: Buttercream was at the bottom. Three other boxes sat on top and the stack towered six inches over my head – but I didn’t panic.

I glanced to my left and right to make sure I was still alone and began to hoist the, at least, fifteen pounds of chocolate, up with my left arm. Then I grabbed the Buttercream box with my right hand, slid it from beneath the others and held it while I gently lowered the boxes in my left hand. I was going to get away with it!

But then – my arm lost its balance.

The box wobbled. It hit the packing table. The lid flew off and it all crashed to the floor.

Little chocolate-covered Buttercream pieces strewn everywhere under the packing table, and the shelf of chocolate, and rolling into the hard to reach corners of the room. I didn’t know what to do.

I thought about running and hiding, but I knew someone had to have heard the topple, so I just stood there, staring at the mess of chocolates on the floor.

When I finally came out of the trance it was for my uncle’s voice. He was the last person I wanted to see this. My dad? He would have taken pity on me. Told me it was OK and that next time I just needed to ask for help. He might have even cleaned it up for me. But my Uncle Lars, well, I didn’t think he would be so forgiving. And I was right.

“Well, here,” my uncle said, handing me a few small white boxes that we normally packed wrapping caramels in.

“Pick them up and put them in here. We can’t sell them now, but I don’t want you to throw them away.”

It should be noted that the Buttercream box, at the time of the spill, was completely full.

“You can’t eat anything else until you’re done.”

I spent the next three months eating nothing but milk chocolate Buttercreams. My boxes were kept in the chocolate packing room and everyone knew what happened so unless I wanted to risk another covert mission, I was stuck.

At first, I tried eating them as fast as I could. I figured that the sooner they were gone, the sooner I could have a Krispy Rice or a Pudding or some Old Tyme Fudge or a chocolate covered pretzel or maybe a Peanut Fritter or anything except Buttercream. The possibilities were endless!

But my boxes of Buttercream were endless, too. And they weighed on me. I dreaded craving chocolate because I knew that the only thing there was to ease the craving was the useless, boring, bland, blah, plain old Buttercreams. And I ate, and ate, and ate the Buttercreams.

Then, one day, there was only one piece left.

I unceremoniously tossed it in the trash and was so excited that I finally got to eat something else that I just stood there staring at the boxes of choices. I had thought about this moment so much and now that it had come, I didn’t know what to pick.

Eventually, my eyes came to rest on Pudding, but not in my usual milk chocolate style. I reached instead for the blue box of dark chocolate Pudding pieces and thought, “Yes, this is it.” With the first chew I was in love. It was bitter and smooth and intense and it was everything that Buttercream was not.

I promised myself then that I would never ever eat another Buttercream. 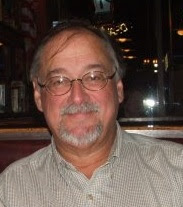 This is probably not exactly the way this story happened. However, I was young and this is what my mind has decided happened all those years ago. I’m sorry you’re the villain in this story, but don’t worry, I’ve been very careful ever since.

You’ll also be happy to know that although I didn’t eat another Buttercream for years after this, it is now, again, one of my favorites.

Love, Your niece Susanne
Posted by Anderson's Candy Shop at 4:12 PM No comments: